Recent fire incidents, where (thermal) insulation has killed many persons has put non-combustibility as a priority. Today, reaction to fire is a big issue in Romania due to the Colectiv nightclub fire. In this club, polyurethane foam, installed as acoustic absorber, started to burn and killed 64 people.

Fire brigade officers are very reluctant to give a  permission for public buildings (especially schools) when combustible thermal insulation is used. Without that permission, the building is not ready (unfit to use) and the contractor do not receive the last part of the money, which is usually more or less his margin. As a consequence, even contractors in Romania are reluctant to use combustible thermal insulation. In case a certain rigidity is needed, they choose cellular glass, even for sloped roofs. The picture on the left is more than enough reason to avoid combustible material. It shows a lot of people in panic in a dead run due the fire in the nightclub.

To classify the building materials according to fire, the EC installed the EUROCLASS system. If a material does not contribute to fire, does not smoke and does not form droplets, which can fall and injure people, it gets EUROCLASS A1 as “reaction to fire” classification. Some materials does not need testing because they contain less than 1% organics homogeneous distributed. Monolithic uncoated cellular glass, like GLAPOR cellular glass has EUROCLASS A1 classification because it (glass) can not burn, does not smoke and does not form droplets. 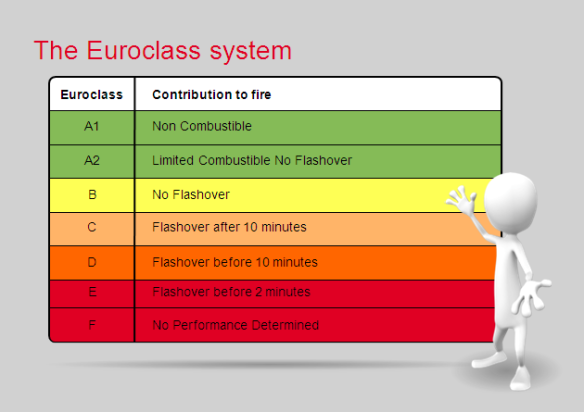 Generally, only EUROCLASS A1 and A2 can be considered as absolutely safe. GLAPOR cellular glass boards with dimensions 80 x 60 cm up to 150 x 280 cm are EUROCLASS A1. For rigid thermal insulation EUROCLASS A1 with these sizes, only GLAPOR Werk Mitterteich GmbH is able to deliver today.

In some cases, polymer thermal insulation manufacturers have included  HBCD in their polymer to improve the reaction to fire. “HBCD is listed for elimination, but with a specific exemption for expanded polystyrene (EPS) and extruded polystyrene (XPS) in buildings.” But this became a problem in Europe because the EC 850/2004  regulation on this is working since October 2016. It reads: “the placing on the market and use in buildings of expanded polystyrene articles and extruded polystyrene articles that contain hexabromocyclododecane as a constituent of such articles and are produced before or on 22 March 2016 shall be allowed until 22 June 2016″.

This will induce another shift to rigid mineral thermal insulation like GLAPOR cellular glass boards or a new formulation like we could find: “BASF is one of the first European manufacturers to have switched its entire portfolio of polystyrene-based insulation products for the European market to a new flame retardant, nine months ahead of the deadline laid down in the EU REACH Regulation on chemicals. Both EPS (expandable polystyrene) products (Styropor® and Neopor®) and XPS (extruded polystyrene) products (Styrodur®) will be manufactured in Europe using a polymeric flame retardant (PolyFR), which has a much better environmental profile than the HBCD (hexabromocyclo­dodecane) used in the past.” In our opinion, all these regulations and change of formulations and still a flashover of less than 2 minutes (600 m for a young talented sprinter) is ridiculous and dangerous like shown above. There is only one definitive solution: GO MINERAL. 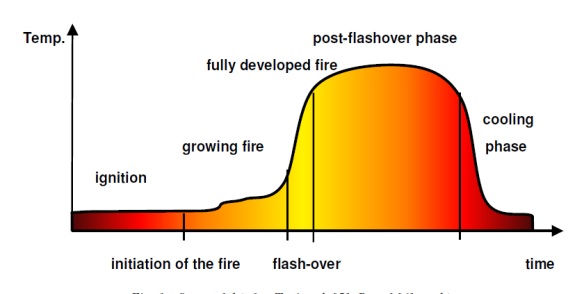 1 thought on “Reaction to fire”